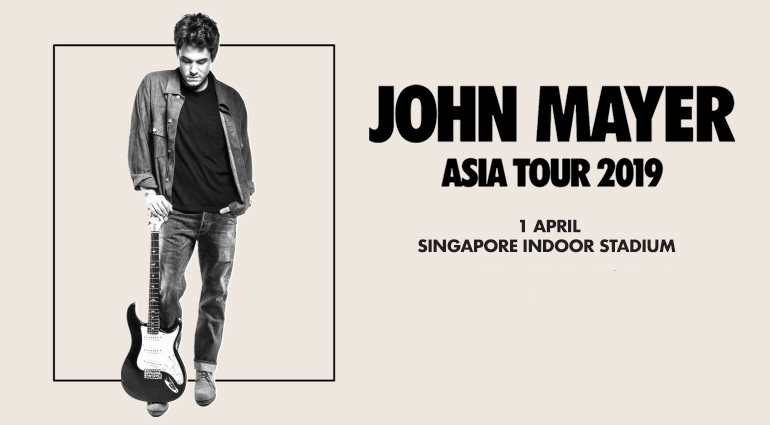 I’ve listened to this guy since I was a kid learning how to play the bass guitar. It was a dream-come-true moment. I have a few things on my bucket list, and if I can check some of these off, I think I can rest in peace. Watching John Mayer & Pino Palladino (Bass player with John’s band) play live was certainly on that list. Other bucket list items include watching U2 live or watching a live NBA game etc. LOL.

This was huge. The first ticket presale was during my field camp exercise where I would not be able to go online for 8 days… Thank God for the amazing friends that helped me get tickets while I was outfield – Desmond and the whole community of people camping online for the tickets, buying every ticket on multiple devices once it was released.

Here’s the deal. I was all ready to pay for my own tickets this whole time leading up to the concert… Until a week or two before the concert, we’ve got news…

Receiving this and with this added perspective, I really wanted to learn something out of this concert. I treasured every moment at the concert with my friends! 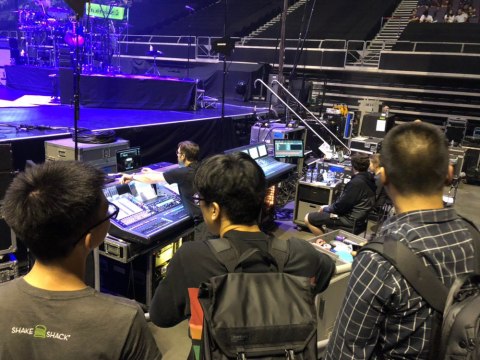 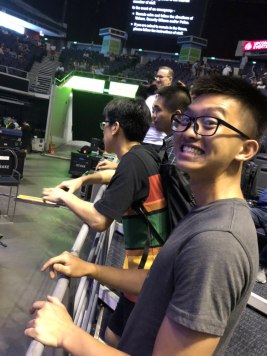 We had a ton of fun checking out their rigs and setups before the concert started… And we even spotted each other from different ends of the stadium. The chat groups were buzzing about where everyone was seated. and when the concert started, the group chats also started bursting with compliments and observations of the sound and musicianship…

The John Mayer concert experience has set a whole new benchmark to live contemporary band performances. The music was loud, yet not noisy or cluttered sounding. Every moment of the concert got me headbanging and toe-tapping. The guitar solos and bass parts surpassed my expectation or imagination. The guitars were loud but not jarring. The bass had this depth but also a whole lot of clarity. I could tell exactly what are the fill-ins Pino (the bass player) was playing at every point of time. (I really could go on and on about how great the band sounds together, but you’d probably fall asleep… Haha)

Oh, not to mention the superb drums sound… It was crisp, it was clear, it had the kick, it had the punch. It was legendary. It was all I dreamt of and more.

Bruno Mars concert was undoubtedly the best performance by far. The showmanship of the Hooligans got my cold Asian soul groovin’. The planning and sequencing of the concert were just brilliant. The concert started with a bang, and it just kept getting better and better. The transitions were seamless, and the atmosphere was just electrifying at every segment.

Bruno Mars concert was undoubtedly the best performance by far. The showmanship of the Hooligans got my cold Asian soul groovin’.

The concert program actually didn’t last that long – it was like a 1.5-hour show? One of the shorter concerts I’ve experienced, but it was run in such a way that everything was tight, and each act built upon the next. It was breathtaking. I mean just look at the glowing smiles on our faces by the end of the concert. 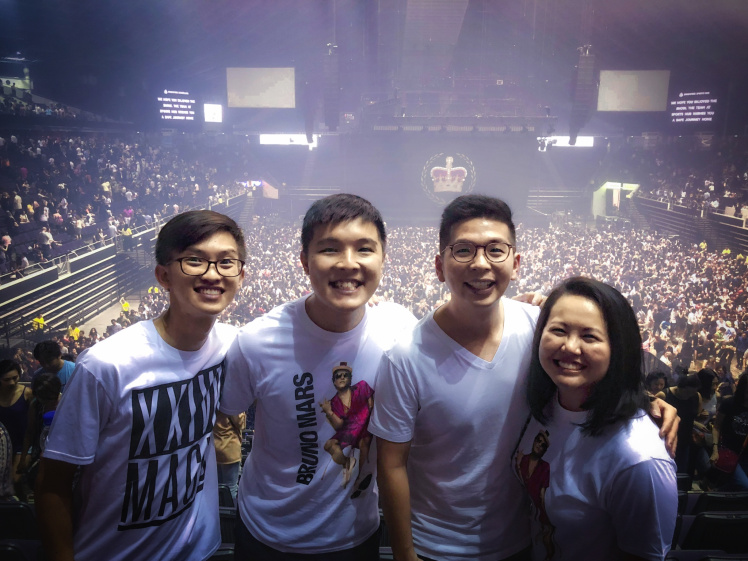 Pastor Charleston and Pastor Lynette blessed me with this concert ticket, covering the full cost. I realized I had a great frontal view of the whole show. I later found out it was actually considered one of the better seats in the stadium that also meant that it cost more than average… but they blessed me with the ticket in full. I was touched beyond words… Honestly, I come from an average family and I would never imagine going for such concerts within my own financial capability. I am so blessed.

I later found out it was actually considered one of the better seats in the stadium that also meant that it cost more than average… but they blessed me with the tickets in full. I was touched beyond words… 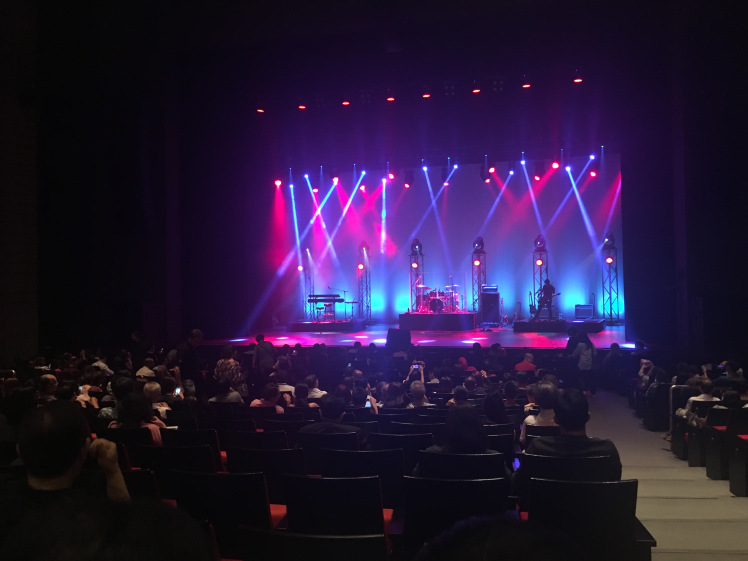 This band isn’t from my generation, but Pastor Lia wanted to share her jam with us! Her enthusiasm rubbed off onto us as she excitedly shared with us her favourite lyrics of the different songs. I was amazed at how much she knew about the band members!

She specifically asked us to learn and observe how although Air Supply was a really old band, they still give a fresh spin on their old songs to keep things fresh and current. 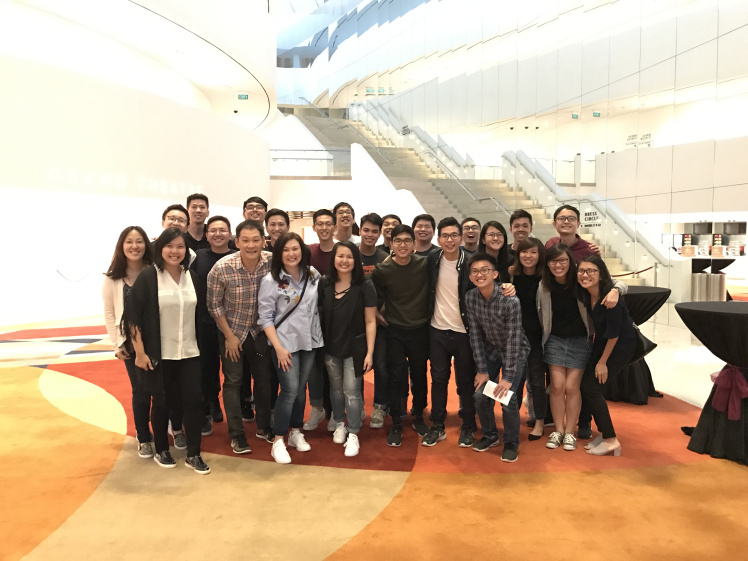 And that was clearly seen in their performance, they kept the classic edge to their music yet had quite a few parts where they mixed up the sequence or played their old song differently to give a fresh flavour to their music. It was certainly refreshing and enriching!

The heart behind it…

Both Pastor How and Pastor Lia believe that what young people lack in experience, they can make up with exposure. I’m a musician in church. So often times the church would pay to send us to these concerts or musicals to learn and gain exposure. Other ministries get sent to other events and activities too. These experiences can widen our scope, challenge us to grow and be more excellent when serving God in church.

Both Pastor How and Pastor Lia believe that what young people lack in experience, they can make up with exposure.

So in my years of growing up in Heart of God Church, the church has always tried to send us for as much exposure as possible. And I’d just thought I record all these down on my blog just to share with everyone how I have been blessed.

I recently realized while I was serving in the church as a Worship Team Leader (I help to coordinate the band, listen to the band, give feedback on the sound and musical parts to string the band together)… I could serve better because I had a reference point of these concert outings at the back of my mind.

“We’ve played this song a few in church now… Is there any way we can switch it up to give it a fresh take on this song? Just like how I’ve heard how Air Supply did it…”

Needless to say, I am eternally grateful for everything my Senior Pastors, Pastors and Heart of God Church have invested in me. I came to church with a dream to be a great musician, I certainly didn’t expect that my pastors would believe in my dream… more than the belief, but they INVESTED in that dream to such a measure.

Beyond all that I learned from the concerts and musicals, I think I grew in my heart. Being at the receiving end of all this investment from the church, I now have a benchmark of what it means to invest in the dreams of others. Hopefully, these investments won’t stop at us… My personal goal is to bless others how the church has blessed me. I too want to INVEST in the next generation.

A Beginner’s Guide to Rogue One6 min read