Our church sent our largest mission team of 40 members to Tondo, Manila in March 2015. The next year, ‘The Tondo 80’, two teams with a total of 80 of our Heart of God Church members visited Tondo over two weeks! In collaboration with Metro World Child, the teams revisited some areas such as Happyland, Del Pan, Smokey Mountain and the Green Building. 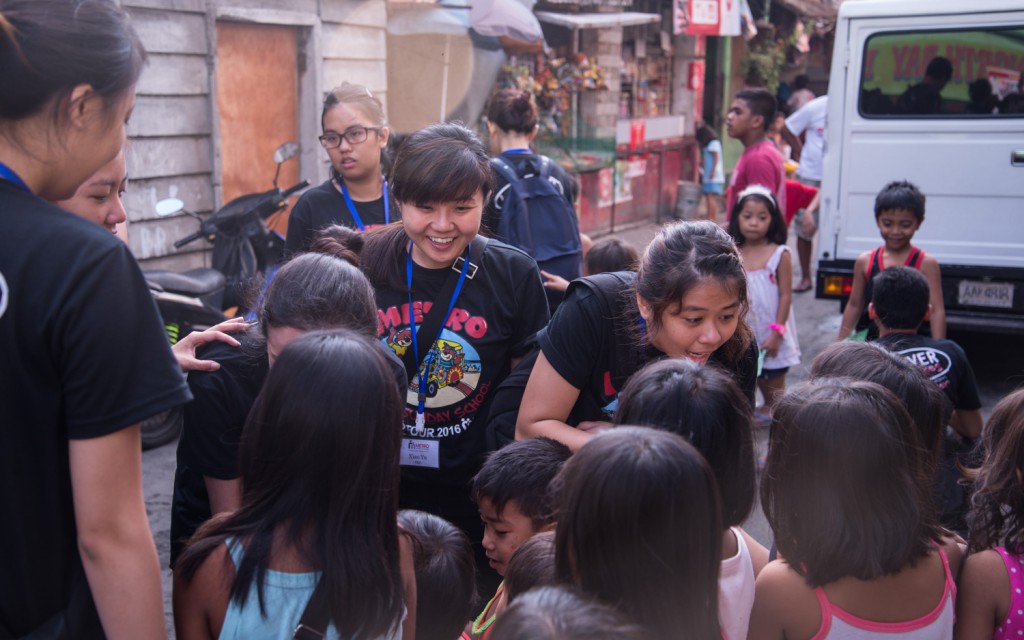 Leaving sanitised Singapore, ‘The Tondo 80’ would soon find themselves caught in the heart of the slums – where many of them would find themselves being the hands and feet of Jesus – to bring the love of Jesus to those living there. 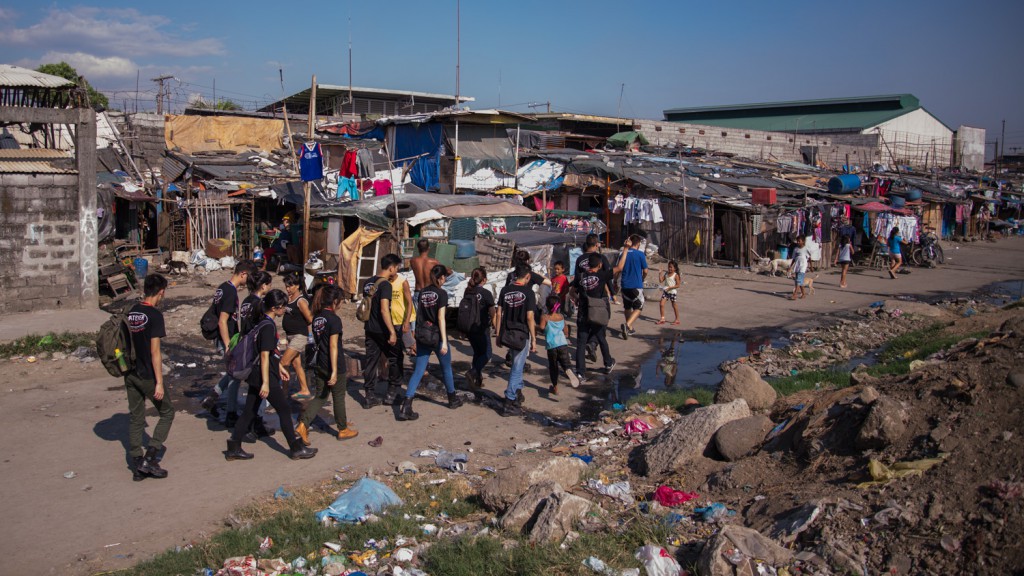 Many families lived in houses too small for them. Houses had roofs covered with makeshift scrap metals, together with exposed mails protruding from planks. 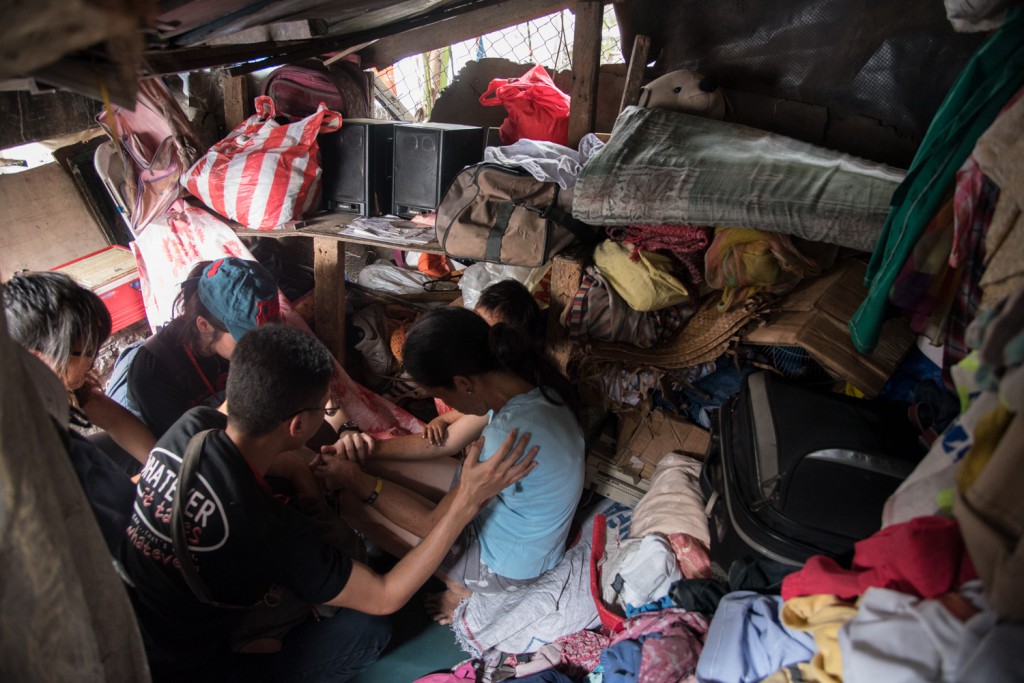 In the monsoon season, water levels would rise, preventing them from entering into their own homes. The team came across a family of 6 who were living on two wooden platforms under a bridge.

A group of children stood longingly outside a hypermart. They were refused entry because of their scruffy appearance. They worked at the carpark, guiding truck drivers who were parking their vehicles. However, the work that day only earned them 5 pesos, equivalent to 15 cents in Singapore. Because of the little amount they earned that day, they were unable to afford a meal for themselves. 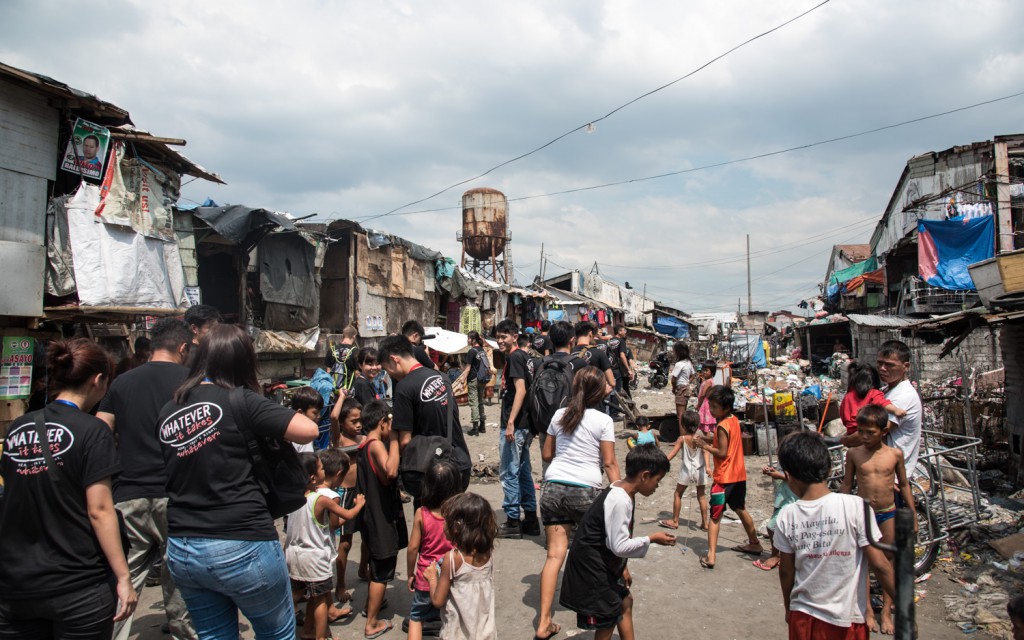 Having met these children at Sidewalk Sunday School the previous day, the team noticed the children and brought them into the hypermart. Usually, the children would buy some rice back home for the family, but the team decided to get them an extra treat that day. So, the children each had a piping hot meal and the first ice-cream they’ve ever had in their lives. This may seem like a small act to us, but to the kids, this meant everything to them that day. 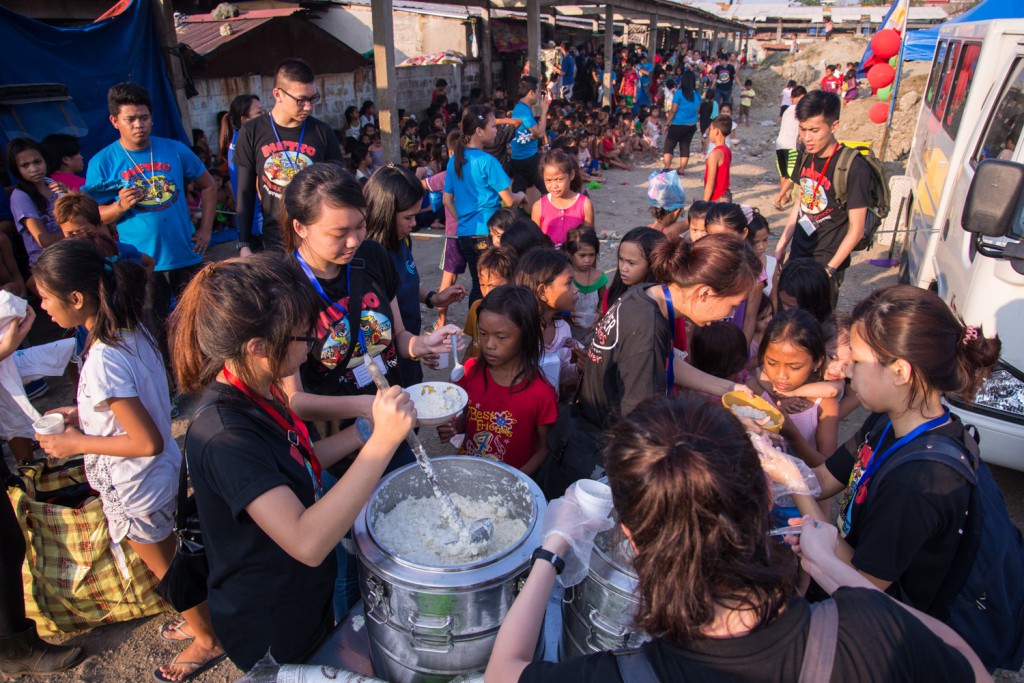 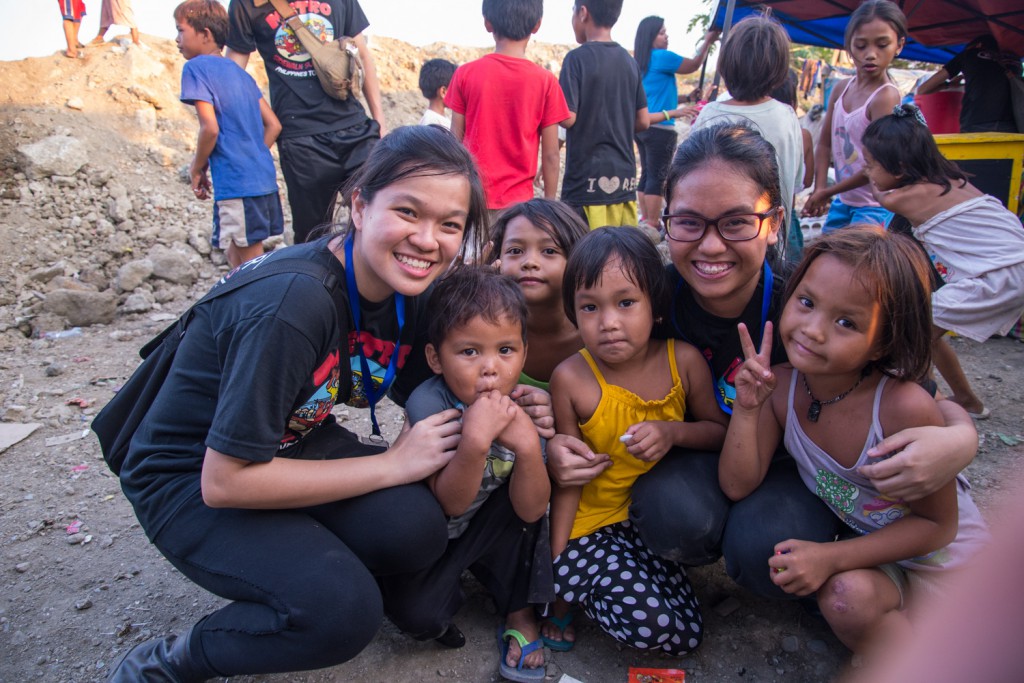 The team caught sight of a young girl whose eye was so swollen it could no longer be opened. She had fallen down at the cemetery the week before and despite a visit to the witch doctor, her condition worsened. Charlene intuitively found herself with the girl, applying first aid to her wound. First cleaning the wound with an alcohol swab, she proceeded to apply the medication. After careful treatment, the girl’s eye was completely healed. 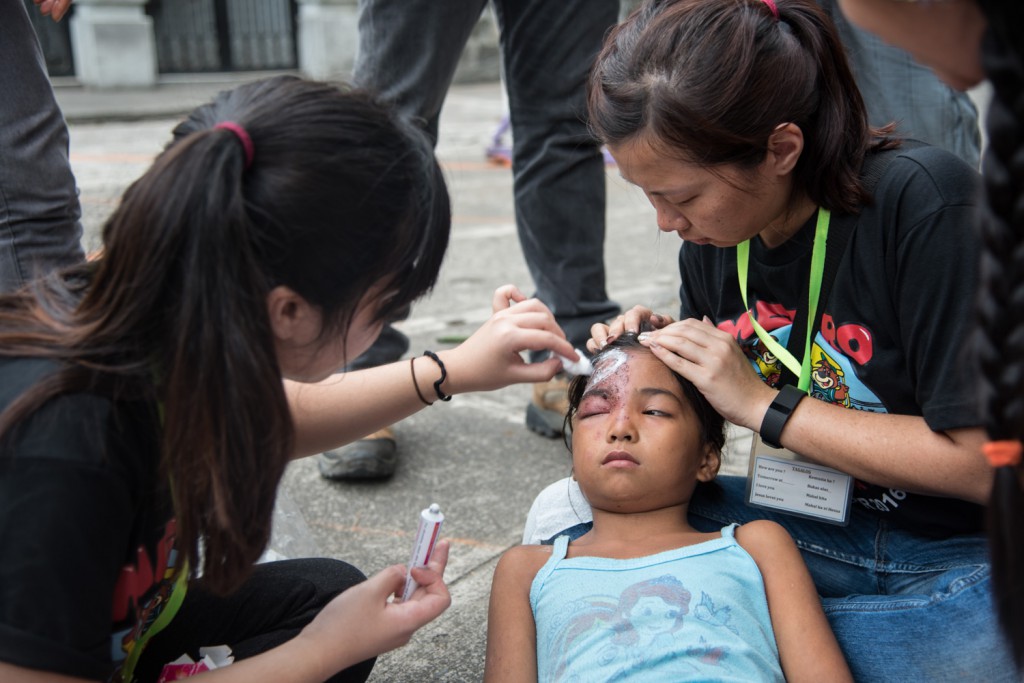 This was just one of the many people Charlene had a chance to treat over the span of the trip. One may have mistaken Charlene for a medical professional, but she’s a preschool teacher. Back in polytechnic, Charlene had enrolled in the school of nursing. She had always felt that her years in nursing school had gone to waste because she did not end up working in the medical sector. However, God took what she thought was useless and worked through her to touch the people who needed the healing hands of God. 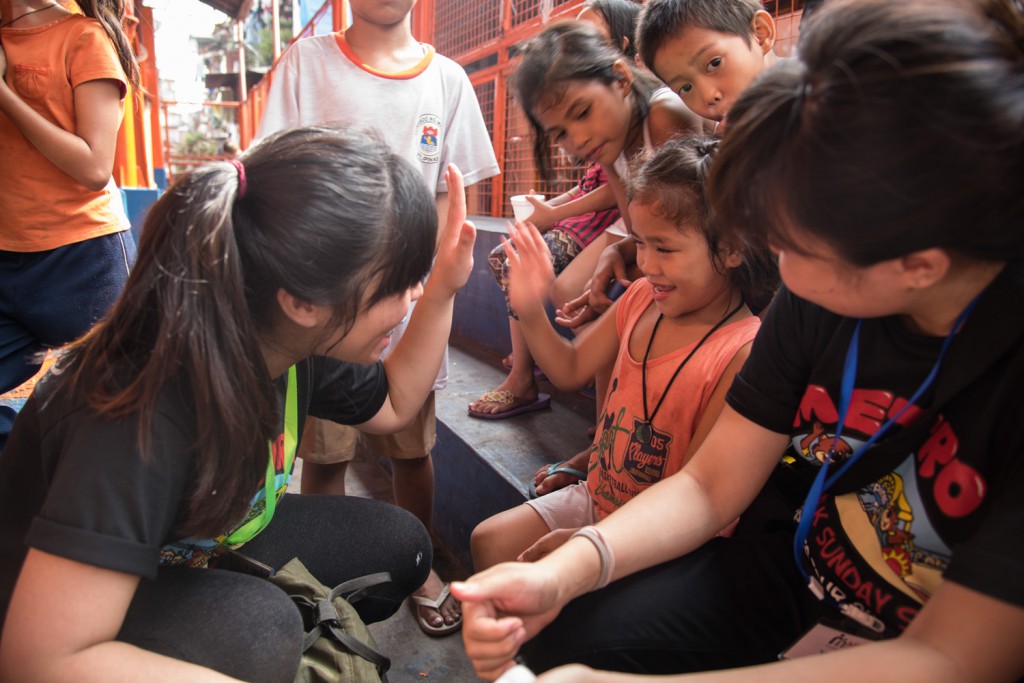 The Hands & Feet of Jesus

Blitzing. One of the activities the teams had done was to blitz the neighbourhood — inviting the children for Sidewalk Sunday School. The team was out in the streets, shouting for children to join them. But what do you do if you can’t shout? 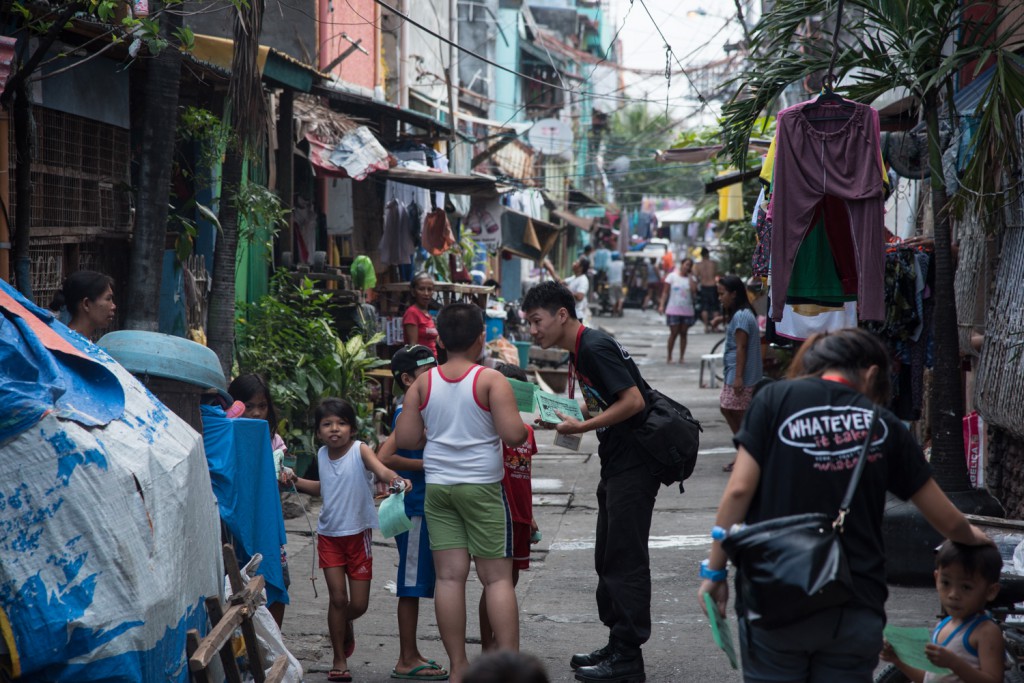 Cedric had terrible ulcers that prevented him from speaking and shouting like everyone else. He felt lost and unsure of what to do, but he told God: “Even if I can’t speak, you can still use me.” That day, God answered Cedric’s prayers in the form of a little boy in a small house—his name was Ban Ban. A young boy who was only 10 years old, Ban Ban’s entire body was paralyzed and could only move his left hand. This meant that Ban Ban could not do simple things like bathing or even walk… let alone make it to Sidewalk Sunday School. However, Cedric knew that Ban Ban had to be given the chance to experience God’s love. He may not have been able to speak, but he knew he could use his hands and feet to make a difference. 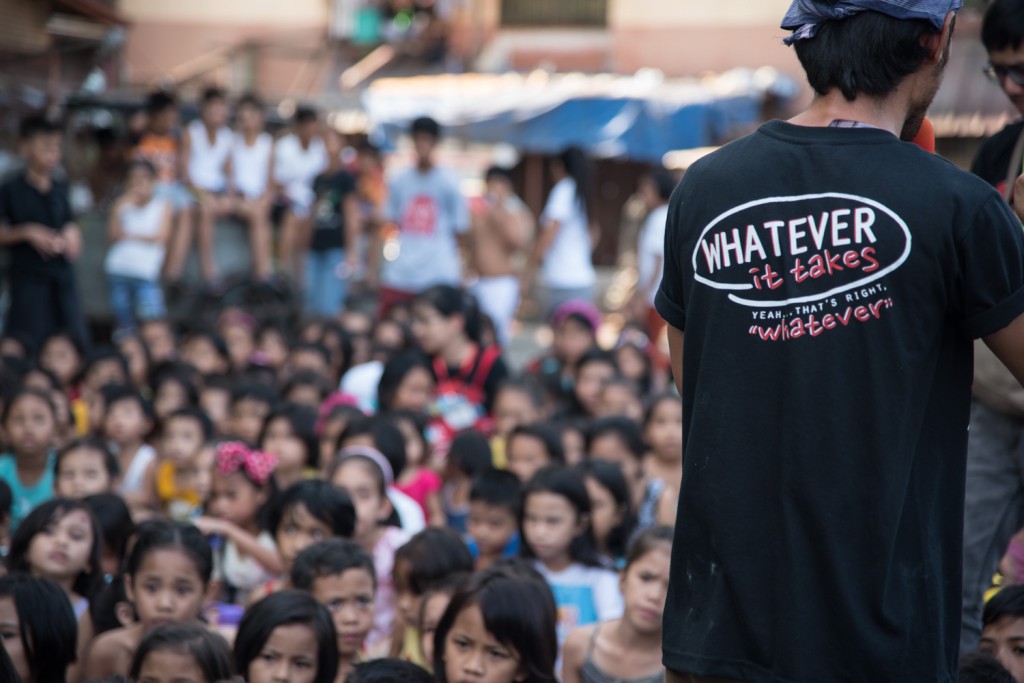 That day, Cedric literally felt what it was to be the hands and feet of Jesus Christ. 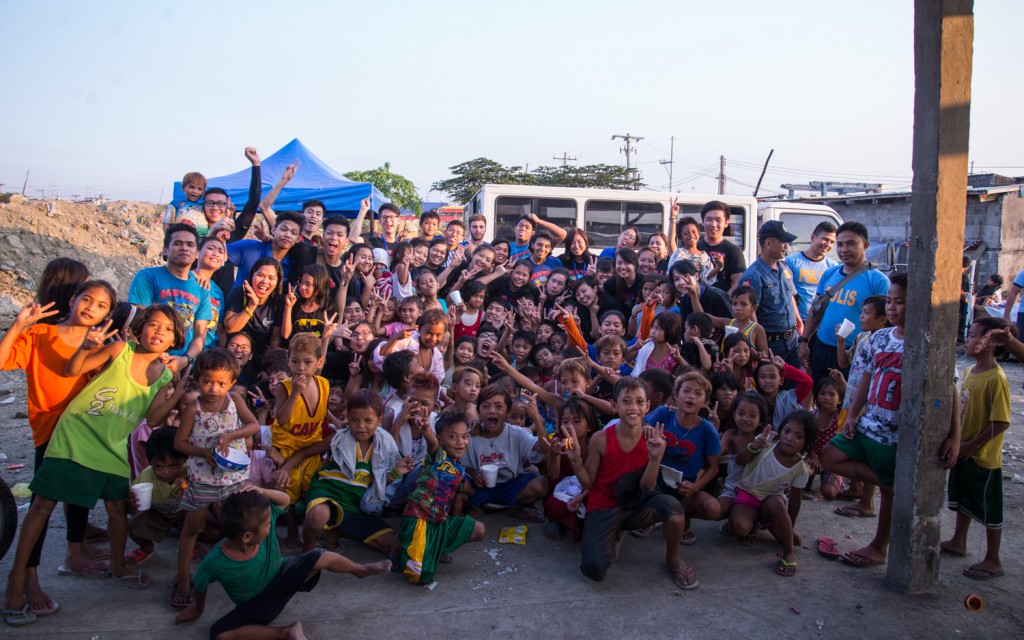 While not all of us will have the chance to go onto the streets of another country to spread God’s love, we can be a light in the darkness right where we are. Be it in our workplaces or in our schools, let us be a generation of people willing to be used by God to impact and touch the lives of those around us.

WHAT FAITH LOOKS LIKE: Why I Took a No-pay Leave to join the Heart of God Church Internship2 min read